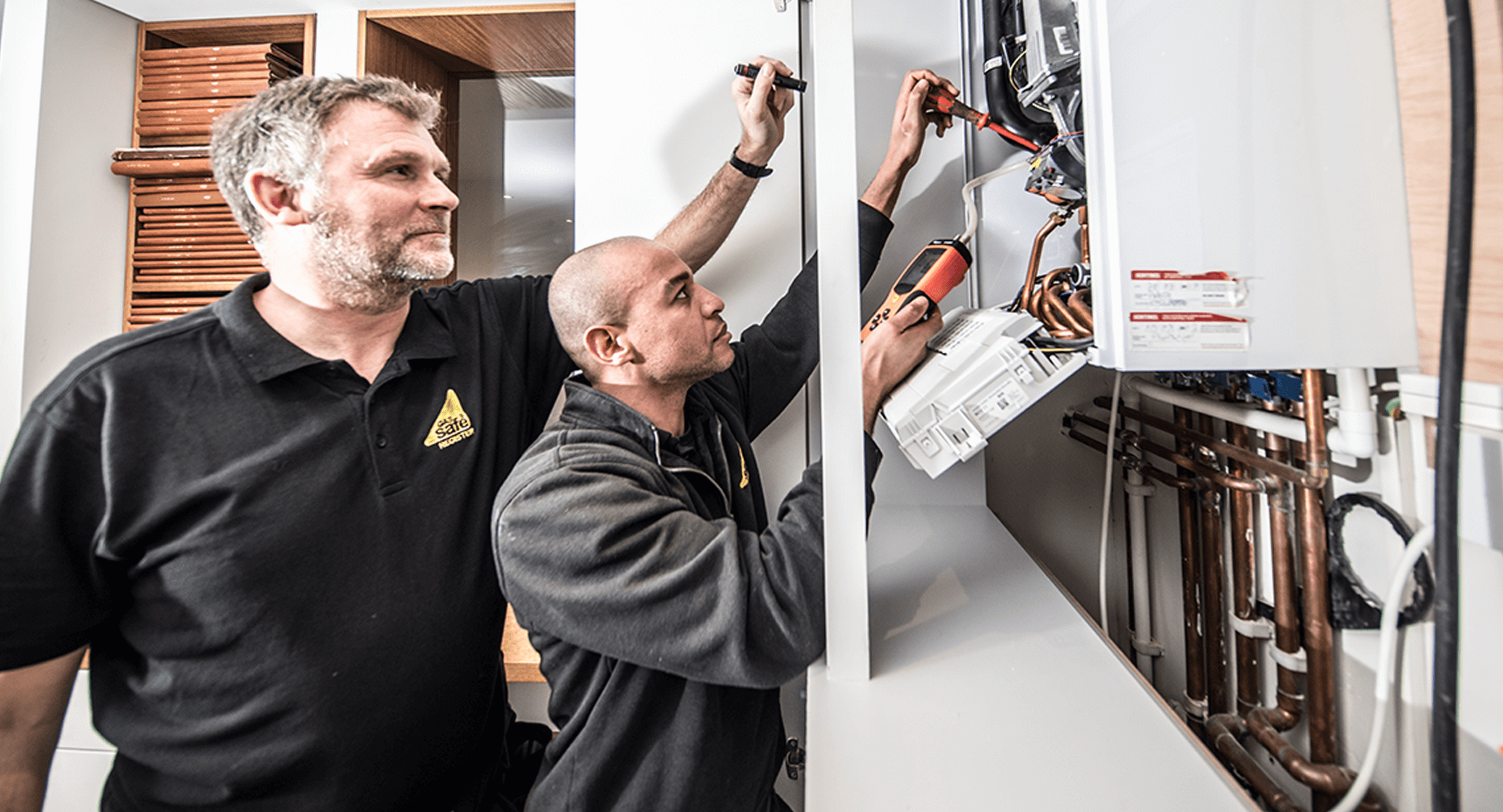 No one knows the inner workings of the plumbing systems on The Benyon Estate better than our plumbers, V&A Mellors Ltd. Established by Andy’s father, in 1968, he first began to work here in the early 1980s.

Today, the firm, under Andy’s management, works exclusively for The Benyon Estate and have all their tools and spare parts held on a yard so that they can be on hand to address any emergencies as soon as possible.

Andy is supported by Miguel and they have four subcontractors, including two boiler engineers. The pair were introduced through a family: Miguel’s wife’s uncle is Andy’s best friend. Originally from Angola, Miguel came to the UK ten years ago and set upon getting a qualification in plumbing. Within a month of starting at college, he met Andy and his apprenticeship began (apparently, Andy has yet to stop trying to teach Miguel new things).

Work begins each day early, at 7.30, and varies from planned and scheduled refurbishments to small fixes and then call outs for emergencies – all of which are managed through Sheanay. As they carry comprehensive stock in their yard, the vast majority of their jobs are turned around in 24 hrs.

“I used to come here as a boy to help out my father for extra pocket money,” explains Andy, adding that he remembers seeing Edward as a boy, dressed in his school uniform.

“There’s been a big change since Edward took over and you can see he really cares.

He’s a good boss. He’s got zero tolerance for rudeness. If anyone is, he’ll get on his bike and tell them off.

Working here for such a long time has its benefits but you often get collared on the street by tenants who need help!”