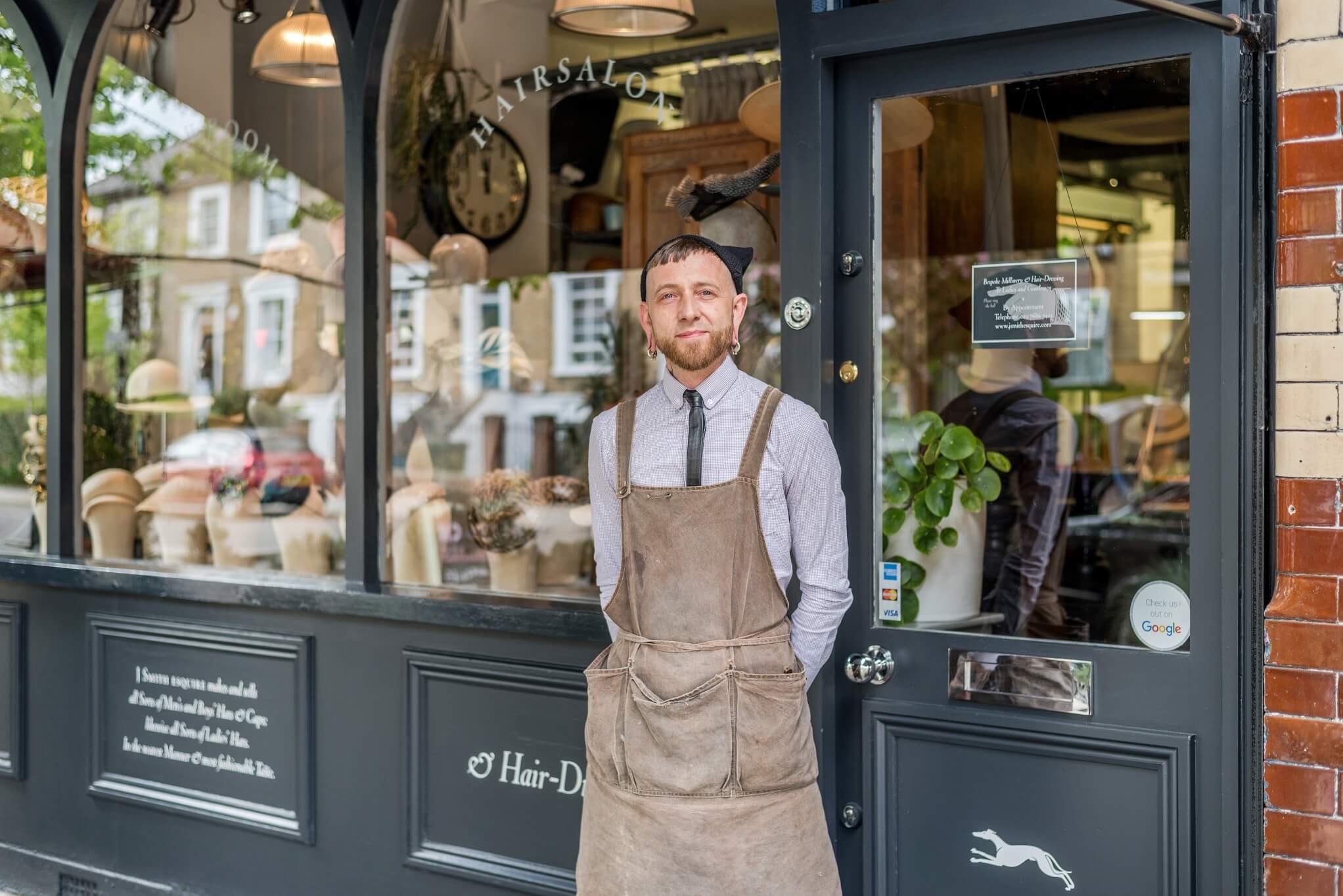 Bespoke milliner Justin Smith, J Smith Esquire, is one of the most acclaimed milliners in the profession. He was handpicked by Angelina Jolie to create her striking horned headpiece for Disney’s Maleficent and was also one of the designers behind the headwear for Star Wars.

He has created bespoke commissions for high-end fashion houses such as Stella McCartney and Moschino, and his work has been sold in boutiques and renowned department stores across the globe.

His journey into millinery began at the age of 18 when he trained as a hairdresser and, within a matter of years, had moved to London and become creative director of Tony and Guy. Far removed from your standard cut and colour, his creative, avant-garde sculptural hairstyles were featured in photoshoots for global fashion brands. 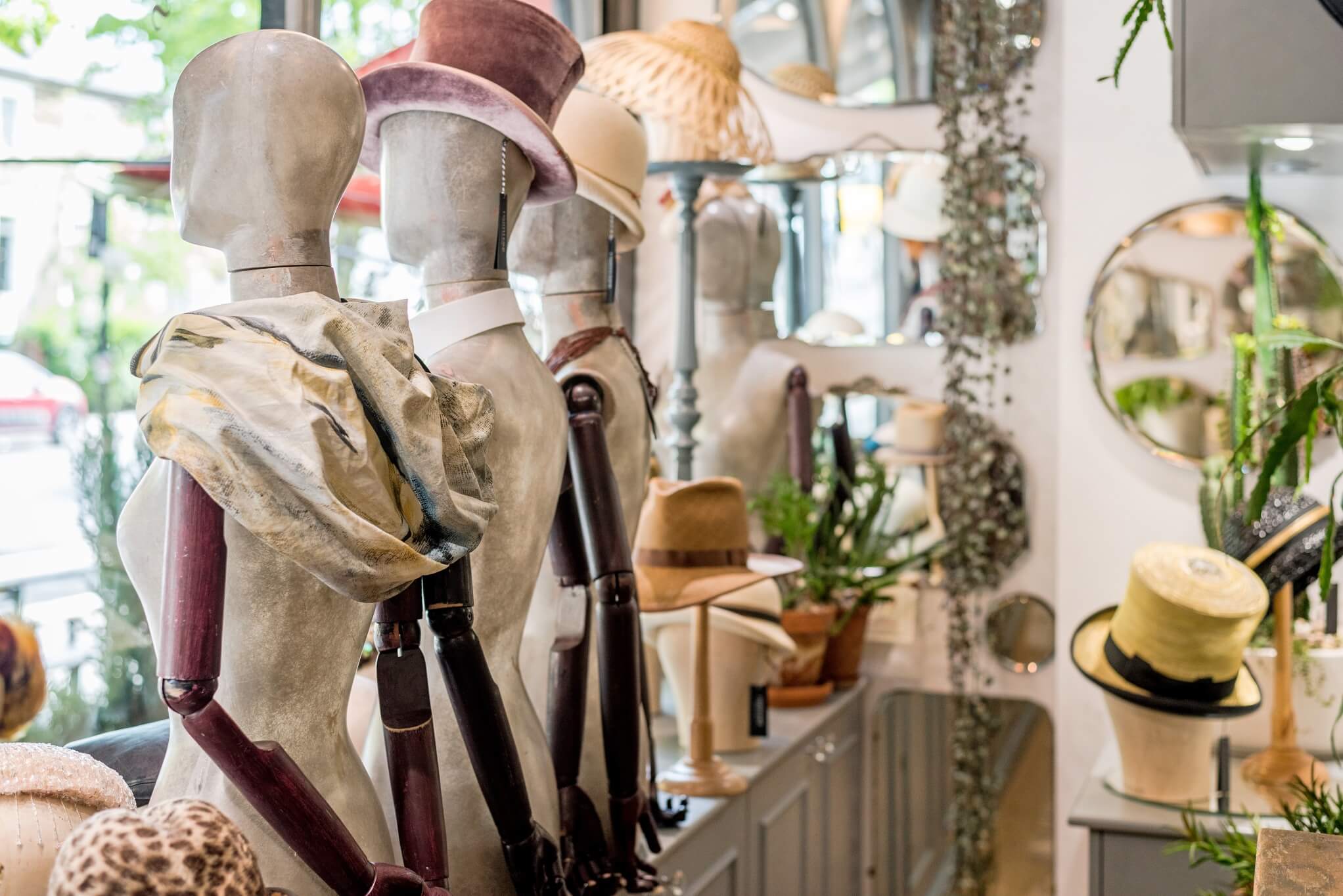 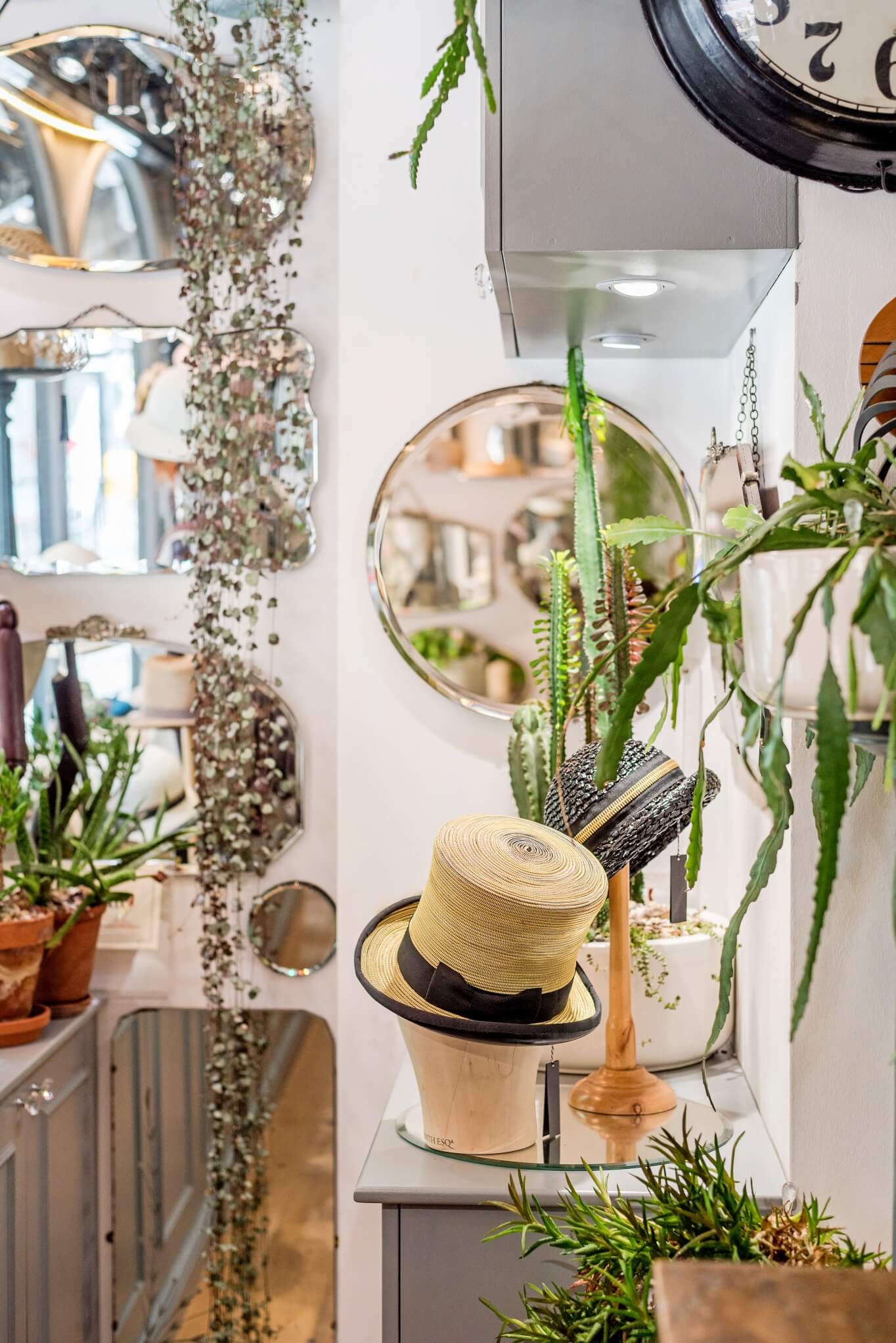 In 2002, he opened his own salon in Soho, but soon felt like he was ready to pursue something even more creative.

“I started learning millinery at evening classes and as soon as I completed my first hat, I was addicted. I then began studying part-time, eventually going on to complete my MA at the Royal College of Art. It was seven years of training but worth every minute as I received critical acclaim for my graduation show,” Justin explained. “And so, J Smith Esquire was established.”

“After taking on more and more bespoke commissions over the years, with work shown at international fashion weeks and sold in stores like Barney’s in New York, I moved from Soho to an old coach house in Elephant and Castle to have more millinery space. Then, after a few years, I felt like I needed a shop window for my work.

“Through a chance conversation with a friend-of-a-friend who ran an antique shop in an old hat factory, I discovered that De Beauvoir Town has a history of millinery trade. There was also once a button and a mannequin factory in the area.

“I knew right away that this was the perfect area for my shop.”

Living around the corner, Justin walked into the Benyon Estate office one day and explained what he was looking for. “I didn’t have any expectations, I just wanted to see what the Benyon Estate had to offer, and they said ‘it sounds like you need our office’ almost straight away,” Justin added.

The Benyon Estate had been planning to move office to provide more space for its growing team and so, in due course, Justin took over the spot at 97 Southgate Road in 2018.

Justin
The Benyon Estate have been so supportive since the outset. They are really embracing the creative history of the area. De Beauvoir Town is a creative, collaborative bubble and I feel quite blessed to live and work somewhere like this.

The J Smith Esquire hairdressing salon is open two days a week in the space on Southgate Road, alongside a workshop and a hat-fitting space. Justin’s background in hairdressing still plays a vital role in his day-to-day work, as he styles customer’s hair around the hat for maximum style and impact.

“I work one-on-one with all my clients and really enjoy getting to know them, understanding their requirements and providing them with a really rich experience,” Justin explained.

Almost all of the company’s pieces are handmade at Southgate Road by Justin himself, the others made by one of his team of freelancers, two of whom started their millinery careers as apprentices at J Smith Esquire.

Justin added, “millinery is a labour of love, and I’m lucky to have made a career out of something that I love. After 20 years, for everything to slot together like this is just fantastic.”

Find out more about J Smith Esquire at www.jsmithesquire.com. 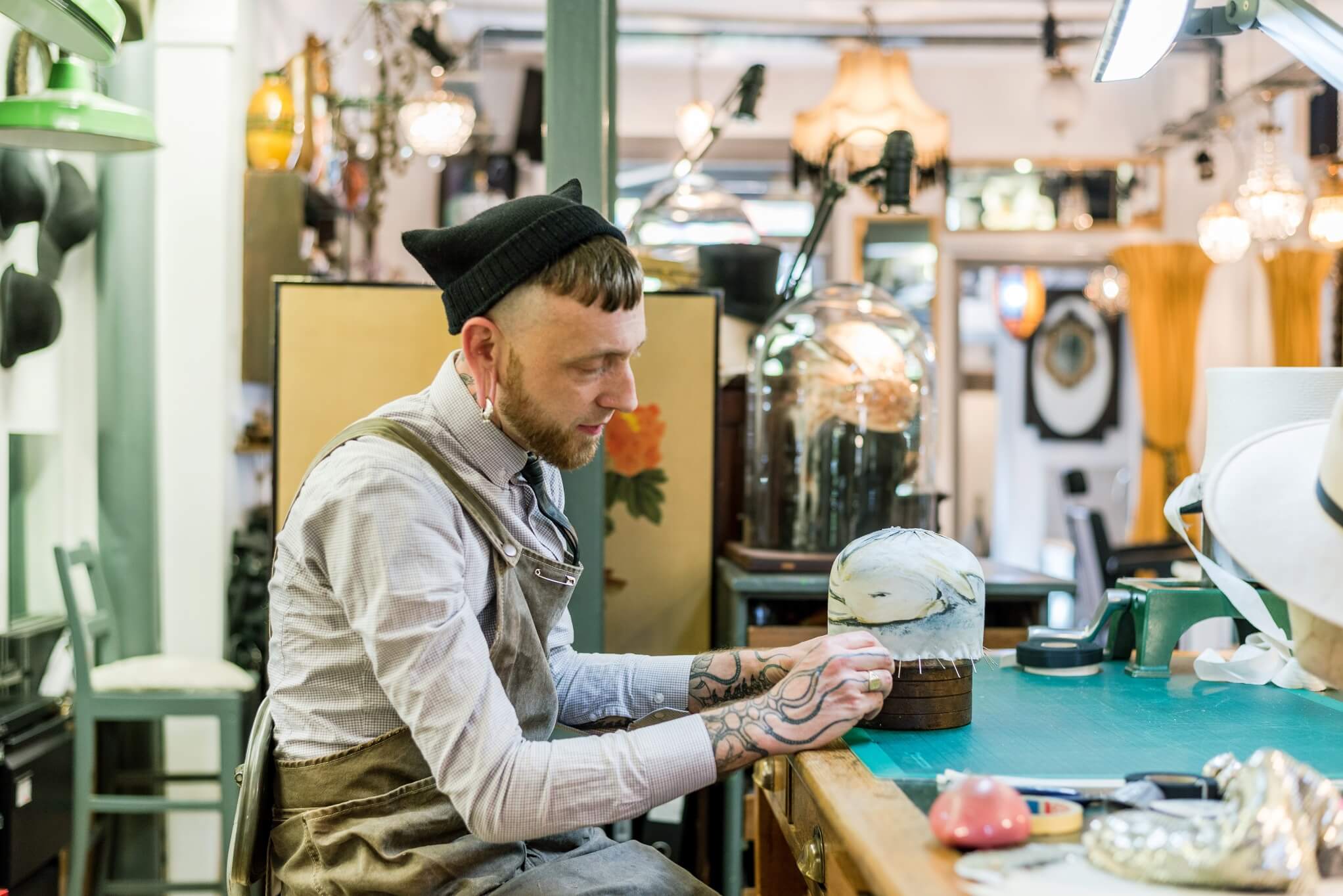 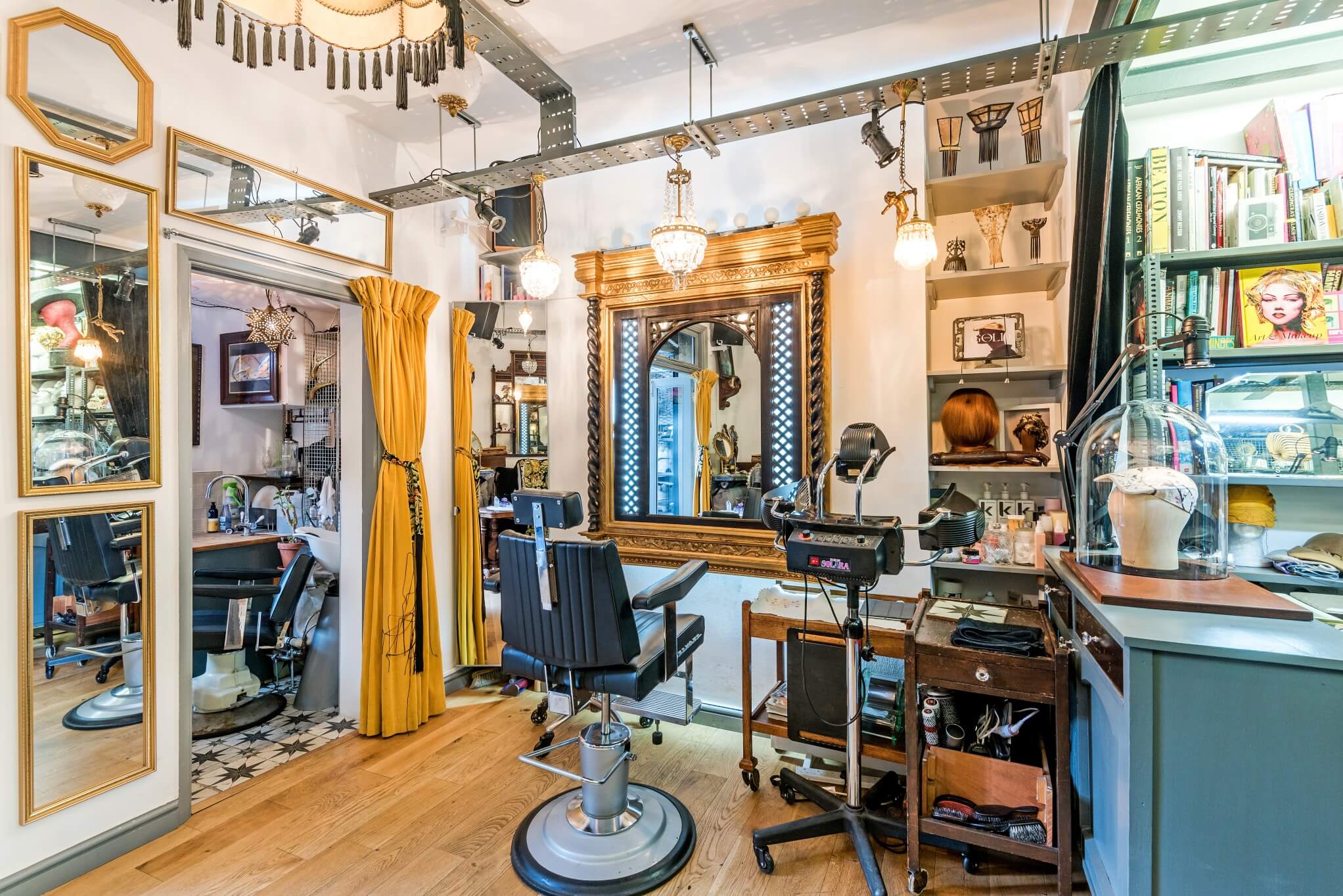 CreativeDrive EMEA, formerly Zebra Worldwide is an internationally acclaimed content agency which works with some of the world’s most iconic brands, including Reckett Benkiser and Hasbro as well as broadcasters such as the BBC and Channel 4. 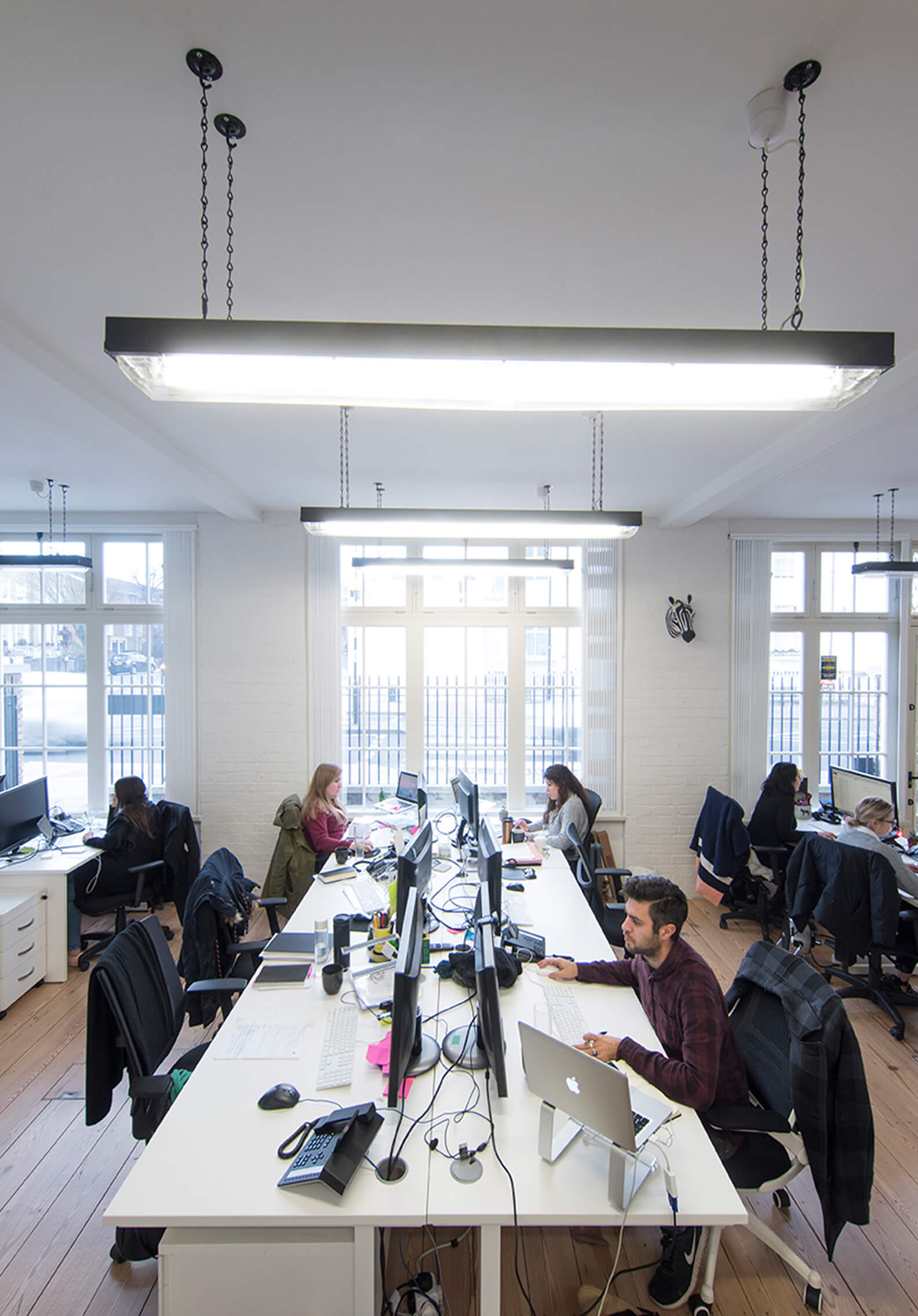 From artist to florist, young family to lifelong resident, those who live and work in De Beauvoir Town each have their own connection with the local area, the community and the Benyon Estate team. We pride ourselves in providing the best possible accommodation, whether living or working space, to each of our residents and enjoy seeing the spaces in which they live become their home. Read the first-hand stories of some of these residents here.